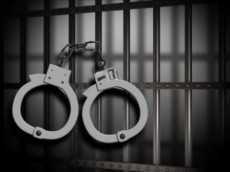 An Accra Circuit Court on Monday granted an Ex-Police Officer bail in the sum of GH¢12,000.00 with two sureties to be justified for his alleged involvement in fraud.

The Ex-Police Officer, Harrison Ford Fenaku however denied the charge and will make his next appearance on August 2.

Deputy Superintendent of Police (DSP) George Amega told the Court presided over by Madam Mariam Affoh that Frank Vardon is the prosecution witness and lives at Abeka.

According to Prosecution the witness met the accused around 2016 at the Odorkor Police Church in Accra.

He said in May 2016, Fenaku took GH¢1,400.00 from Vardon to help him renew his driver’s license but failed to do so after taking the money.

DSP Amega said the following month Vardon was attacked and robbed of his car and Fenaku being an ex-police officer advised him to get a pistol for his protection.

They bargained on the price and arrived at GH¢9,000.00 as the cost for the gun so Vardon issued a Unibank cheque to Fenaku to purchase for him a pistol.

The prosecution said, Fenaku told him that the gun has to be registered so he brought a form purported to be that for registering the gun but he never brought any gun.

In the course of investigations Fenaku again took GH¢1,600.00 in July 2017 and promised Vardon a plot of land instead repaying the money for the gun, the accused then gave out land documents that turned out to be fake.