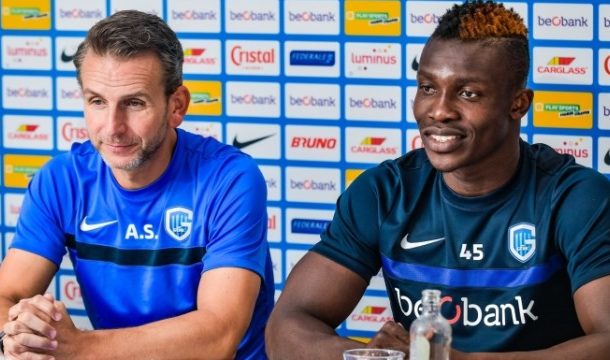 Belgian side KRC Genk have ruled out the potential exit of Ghanaian defender Joseph Aidoo this summer despite multiple interests.

Aidoo has been labeled as simply ‘untranseferable’ especially given his impact since his arrival to the club.

The hard-tackling center back has established himself as a stalwart since joining the Royal Blues last summer from Swedish side Hammarby IF.

His impressive performance over the course of the season earned him KRC Genk’s silver boot award after guiding them to a 6th place finish in the Belgian top-flight.

He has won 4 man of the match awards with a memorable one coming against Anderlecht were he scored the only goal of the match.