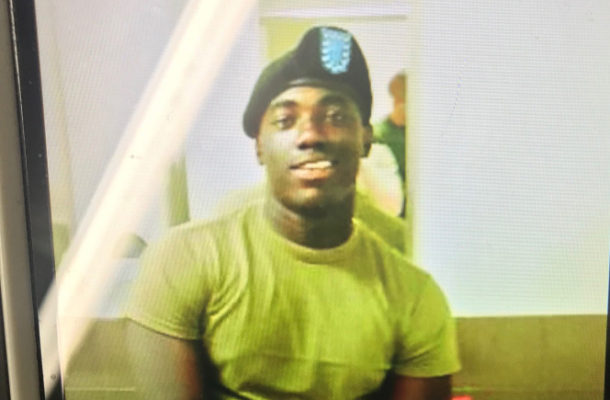 A Ghanaian army soldier Emmanuel Mensah was killed while saving several lives in the fire that killed 12 people in Bronx, New York on Thursday, Ghanaguardian.com can reveal.

The 28-year-old was caught in the fire while trying to save the last batch of people after rescuing many from the inferno that ravaged the Belmont apartment building.

Mensah, who moved from Ghana to the United States just six years ago to join his father, started rescuing people from the building after spotting the fire ravage the apartment from a nearby place.

The Ghanaian was on holidays with his Ghanaian family in the Bronx from his army training base when he spotted people shouting for help after the raging inferno broke out.

He heroically rushed in and out of the apartment building, saving several women and children before the fire engulfed as the inferno took serious hold of the entire building.

The blaze at the five-story apartment building near the Bronx Zoo became his last stand.

Mensah was one of the 12 to lose their lives in the New York fire, the deadliest in the city since the 1990 Happy Land Social Club arson took 87 lives less than a mile away.