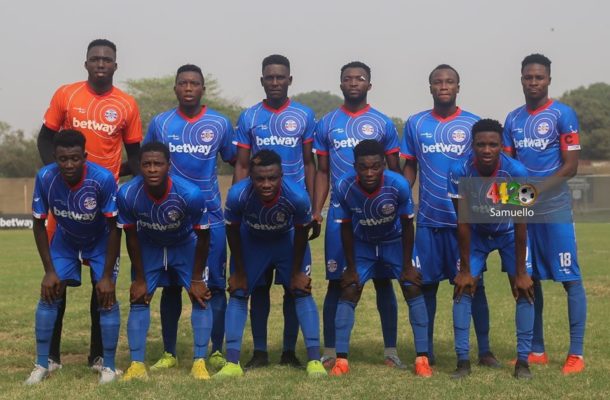 Ghanaian topflight side have giving several of their regular players days off to rest following their 2-1 Ghana Premier League defeat away at Bechem United.

This is to enable the players get ample time to rest after a Avery hectic opening eleven games of the 2019-20 season.

With the club engaged in cup action this Sunday against Division league side Accra City Stars, players such as skipper Michael Ampadu and midfielder  Michael Sefah have been given three days off and will return to training on Monday.

Leading scorer Elvis Kyei-Baffour, Playmaker Mubarak Alhassan, George Amoako and goalkeeper Fatao Alhassani Dida have all been ask to rest until after the MTN FA Cup round of 64 tie.

Meanwhile, highly rated goalkeeper Ganiwu Shaibu has returned to full training and is expected to feature in post for the Scientific soccer Lad at the Teshie Matt's Park on Sunday.

Youngsters Stanley Aniagyei and Godfred Atuahene have been included in the match day squad for the cup tie and are expected to play their first games of the season.

Attackers George Ansong, Abass Nuhu and Issaka Emmanuel as well Youngster Abraham Wayo who have a played bit part roles in the opening 11 game for the Scientific soccer Lads are expected to start.