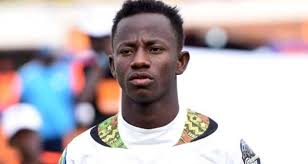 Spain-based winger Yaw Yeboah has been summoned by Ghana U23 Coach Ibrahim Tanko for the crucial U-23 Africa Cup of Nations qualifier against Gabon.

The CD Numancia attacker is set to join the team in camp after the game against Málaga CF this weekend.

The two-legged tie against the Gabon is scheduled for March 23 in Accra and the return game on March 26 in Libreville , capital of Gabon.

The winner of the Ghana-Gabon second round tie after two legs books a ticket for the third and final stage of qualifying in June.

There could be a big reward for playing at the U-23 Afcon as the top three teams at the November 8-22 championship in Egypt will represent Africa at the 2020 Summer Olympic Games in Tokyo, Japan.

Yeboah was an integral member of the Ghana squad at the FIFA U20 World Cup in 2015.