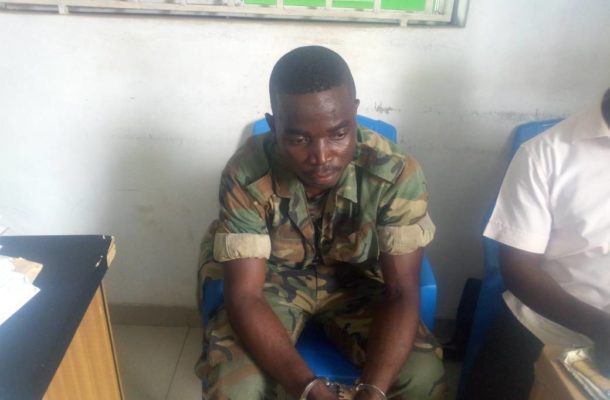 Mr Bonney was arrested on Sunday, 20 May 2018, fully dressed in military uniform posing as a military personnel.

He was arrested for insulting police officers on duty at the Ofankor police station.

According to the Kasoa District Police Commander, DSP Christopher Dakar, after his arrest, the police called the information room of the military in an attempt to report one of their own to them for indecent behaviour, but found out that, he was an imposter and not a soldier.

DSP Darker told Class News’ regional correspondent, Calvis Tetteh that the alleged impersonator is rather a mechanic at 38 engineers regiment in Teshie in Accra.

Mr Bonney got hold of the uniform because he works at the regiment.