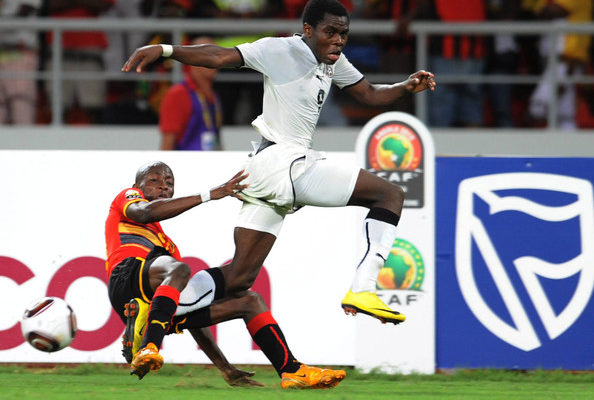 When was the last time you heard about forgotten man Opoku Agyemang? Hope the name rings a bell in your ears?

He was part of the victorious Black Satellites team that won gold at the World Youth Championship in Egypt beating Brazil on penalties to win the trophy.

Opoku Agyemang was a speedy right footed winger who had bags of skill,pace and could score the odd goal but according to Fatau Dauda, the winger has been battling niggling injuries for the past nine years and has been inactive on the pitch.

Right after the Black Satellites won the 2009 Youth Championship Opoku Agyemang among several of his team mates were drafted into the Black Stars by then Serbian trainer Goran Stevanovic for the Afcon 2010 where Ghana reached the final but ultimately lost by a lone goal to Egypt through a Mohammed Nagy Gedo goal.

In December 2008, he was transferred to Al Sadd of the Qatar Stars League. On 22 February 2011, he joined another Qatari club Al-Ahli on a three-month loan deal from Al Sadd.


At Al Sadd he suffered an anterior cruciate ligament injury whiles playing in the Asian Champions League and has since that injury never been the same player.

Fatau Dauda who played with Opoku Agyemang at AshantiGold has sympathized with his colleague and prays and hope for a swift recovery.

"It is very painful. Injury is something that can lay a player off for a very long time," Dauda said on Citi Tv’s The Tracker.

"Opoku Agyemang is still very young because he was promoted by Coach Duncan along with the likes of Wakaso, Alhaji Saani, Daniel Opare and David Telfar.

"I am very sorry that injuries have sidelined him and he is unable to play because he is still a very young guy."he added.