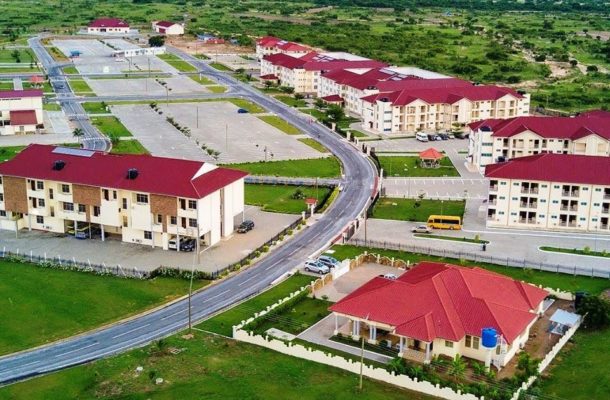 Coronavirus patients at the Pentecost Isolation Centre at Gomoa Fetteh near Kasoa in the Central Region are now living in fear due to the invasion of snakes at the centre on Monday, May 11.

The development has aggravated the plight of the patients who already had been living in perpetual fear due to the deadly nature of the virus for which they had been isolated.

Some of the patients who spoke with the DAILY HERITAGE said they feared to come out of their rooms following the invasion of the snake because they have the notion that there may be more of such snakes around the area.

Narrating the incidents to the paper, one of the patients who spoke on condition of anonymity said on Monday, around 8:45 p.m. and after supper, some of the patients on Block C came out to catch fresh air, by sitting on a wall.

The source added that one of them, believed to be in his early 50s, sitting at the entrance of the block, heard a sharp sound but thought it was a key that had fallen so he ignored it.

According to him, less than a minute, “I saw an object crawling close to my leg and immediately raised an alarm, which attracted others who switched on their phone light and we managed to kill the snake.”

“At first, it nearly bit me on my left hand after the snake raised the head ready to strike me but by the Grace of God, it misses. This has come to add to my pain and fear because as we are here, we don’t even know when we are going home,” the man stated.

Mood at the centre
Based on this, many patients are even afraid to come out during eating hours, especially in the evening, because they eat late.