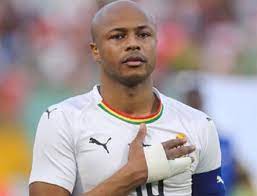 Ghanaian football fans may not have to worry over Dede Ayew's injury return as club Swansea reveals the Black Star Skipper will be fit before the World Cup qualifiers.

There has been growing anxiety over the injury situation of the Ghana captain as the country prepares for its 2022 World Cup qualifier in June.

Ayew was forced off in the early stages of  Swansea's drawn game with Wycombe, and couldn't not feature in the team's  missed home defeat to QPR on Tuesday night.

But an update from Manager Steve  Cooper indicates the 31-year-old could  return to fitness before the end of the season as he has shown early signs of recovery from a hamstring strain.

“He is out with a hamstring injury, it is a grade one so he is unlikely to be available for Reading, but hopefully he will be okay for Derby,” Cooper said.

“It could have been worse, for sure. Hamstring injuries can be nasty, it could have ruled him out for the rest of the season.

“But it will not do that, we will have to see if he could be ready for Sunday in a few days or so.”.

Ayew has been of remarkable form for the Swans, becoming their leading scorer in the team's 2020/21 premiership-chasing campaign.

The Wales-based club are currently third on the league table and need positive results in their last three games to stand a chance of toppling Watford for the second automatic qualification slot, the first ticket having been already taken by Norwich City.