FEATURE: ACCRA HEARTS OF OAK JERSEY UNVEILING; THE LID REMOVER OF THE SHAME IN GHANA FOOTBALL

I watched with wrinkles on my depressed face as one of Ghana’s top tier giants, Accra Hearts of Oak unveiled their Barex branded jerseys ahead of the new season.

With disgust I looked on as one of the two biggest football clubs in the history of Ghana football went on with a blatantly disgraceful ceremony at a Goil filling station at Labadi.

It was very clear that the team wanted to give mileage to Goil which is one of the team’s sponsors. But a platform or podium at the venue atleast would have done the course a lot more good.

What was meant to be an innovative event became a cookie-cutter.

As if the wrong choice of venue was not enough, the players appeared in all sorts of slippers.

I must be quick to note that it was no doubt a very colourful jersey. Well designed.

It is worth commending the quality of shirts the premier league teams are coming up with ahead of the new season. I was present during the jersey launch of Liberty Professionals and I was full of smiles and pride as I signed on the official jersey on display at the venue.

Even at that, I was wowed by the quality of the shirt and must admit the event in itself was a noteworthy event.

One of the players told me: “This is the best socks we have had in a long while. The previous ones get loose after two games but this one is very correct”

Barely a month after the event, the Phobians decided to unveil theirs.

Without mincing words, the whole organisation was a disgrace to the Ghana league considering the pedigree of the club.

With such a poor showing, no corporate entity without willing to compromise will offer to sponsor such a league.

A league where one of your two top sides organise an unveiling ceremony at a filling station with the players wearing unpardonable footwears for the event. 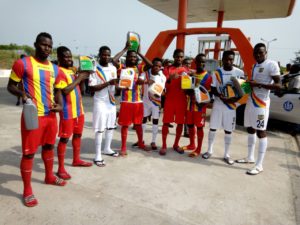 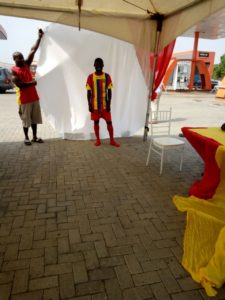 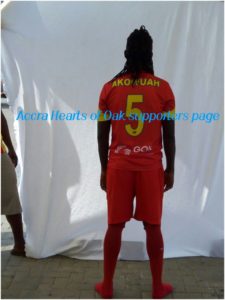 The repercussions of such a haphazardly arranged jersey unveiling is clear.

A corporate business will ask:

If this is how arguably the biggest team in the league goes about their activities, what then is the guarantee that sponsoring the league or any other club in the league for that matter will yield anything?

Speaking to some Phobia fans after the ugly spectacle, I got views like:

“ This is how they keep on disgracing us. What is this?”

Another was more furious: “Akambi is a Kotoko supporter so he is doing this to bring disgrace to the club”

“Is this the level our club has reached now? Another quizzed

I admit, Hearts of Oak is not the richest football club in Ghana but something as simple as jersey unveiling could have been better organised.

They kicked off their Premier league campaign against Inter Allies and were held to a goalless draw.

I must emphasise the glamour with which they stood on the pitch at El-Wak courtesy the colourful jerseys they donned.

But the question is: “Was the jersey unveiling ceremony worth the glory Accra Hearts of Oak boasts of? 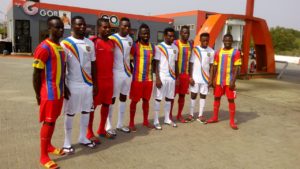