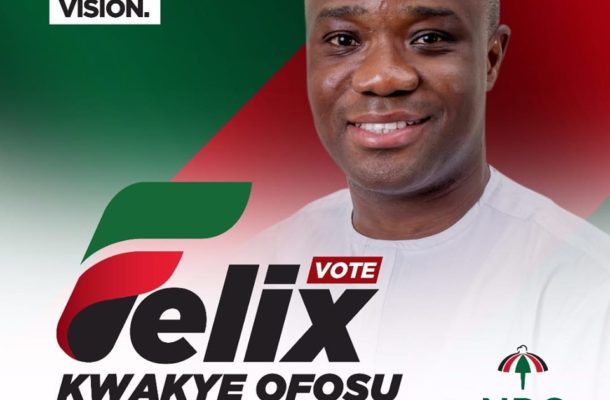 Former Deputy Minister of Information under the erstwhile Mahama administration,Felix Ofosu Kwakye has announced his intention to contest for parliament.

The young politician will most likely face strong competition from the NPP’s Elvis Morris Donko who is the current MP for the area should he be elected.

In a poster he shared on Facebook, Mr. Kwakye Ofosu who is also a known NDC party communicator had the inscription:

Felix Ofosu Kwakye is the latest NDC bigwig to join the parliamentary race after former Gender Minister, Nana Oye Lithur declared her intention to run in the Adentan constitutency.

Deadline for the picking of nomination forms ends tomorrow, July, 12, 2019.