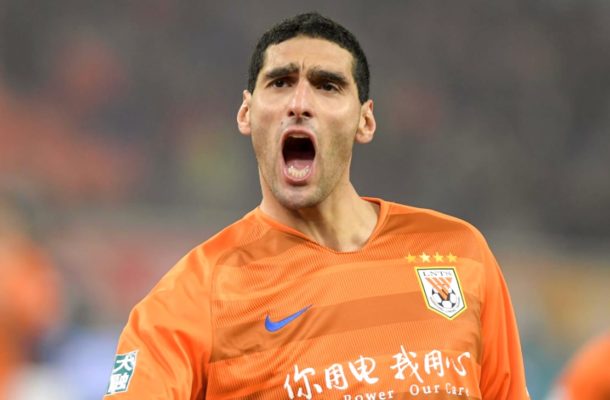 Shanghai: Marouane Fellaini said that he did not move from Manchester United to China "for a holiday" after scoring the winner on his debut for Shandong Luneng on Friday.


The 31-year-old midfielder was not always popular at Old Trafford because United fans felt his awkward style was not in keeping with the Premier League side's attacking traditions.

But the Belgian international needed just 50 minutes to make his mark in the Chinese Super League (CSL), taking a touch with his right foot before swivelling and slotting home with his left from just outside the six-yard box.

His poacher's strike turned out to be the winner in a 1-0 home victory for Shandong over Beijing Renhe in the opening match of the Chinese season.

"It was tough because I was here for just one month and my fitness was not 100 percent," Fellaini, who spent five-and-a-half years at United, said.

"It's physical, a lot of challenges," he said of his first impressions of Chinese football.

"I did not come here for a holiday, so it's hard," added Fellaini, who made 177 appearances and scored 22 goals at United before being shipped out last month by caretaker manager Ole Gunnar Solskjaer.

"The Chinese league is difficult, it's new for me so I have to improve and know the game."

Shandong will be hoping Fellaini replicates his form in the 2019 AFC Champions League, where they are are in Group E with Gyeongnam FC of Korea Republic, reigning champions Kashima Antlers of Japan and Malaysia's Johor Darul Ta'zim. Shandong play Gyeongnam away on Tuesday in their opening match.

The attacking midfielder was in the thick of it in an incident-packed clash and was on the end of an elbow 20 minutes from time that saw Bai Jiajun sent off for Shenhua.

Oscar punished the hosts minutes later, slotting in SIPG's third to help get their title defence off to a perfect start.

Mark Clattenburg, the British referee, introduced himself to the CSL by dishing out a red card 26 minutes into Guangzhou Evergrande's home match with Tianjin Tianhai.

The former Premier League referee, part of Chinese football's efforts to improve the level of officiating, showed a yellow card to Evergrande's Zhang Linpeng on 12 minutes.

And Clattenburg brandished a second yellow - leading to a red - 14 minutes later for a reckless challenge by international defender Zhang.

It did Fabio Cannavaro's seven-time CSL champions no harm as they defeated Tianjin 3-0.