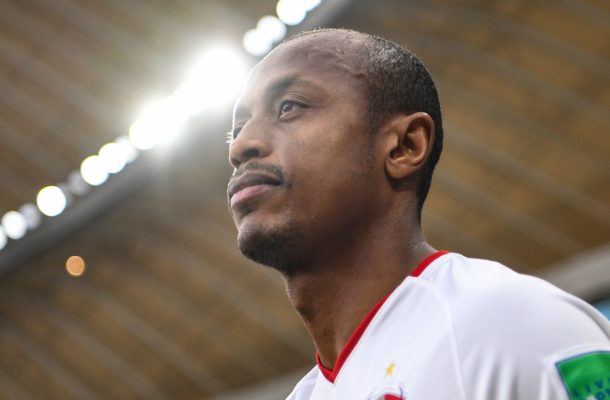 There is a special connection between Kashima Antlers and Brazil. The ‘Spirit of Zico’ – the values which the three-time FIFA World Cup star instilled in the club upon his arrival in 1991 – is still very much evident, with the former player and manager now serving as the Japanese side’s technical director.

Aside from Masatada Ishii’s league title win in 2016, all seven of Kashima's previous J.League triumphs were won under Brazilian coaches.

Casting your eyes over the Kashima jerseys hanging in the dressing room on matchday in UAE, you will find the names and numbers of Brazilian trio Serginho, Leandro and Leo Silva lined up next to one another. The club's Samba essence remains ever strong.


"As Brazilians we have a lot to say thank you for at Kashima," said Leo Silva, also known as Hugo Leonardo, speaking exclusively to FIFA.com. "First for the opportunity to bring us here to the Club World Cup. They treat us very well. We have the love and respect of the club and people. These things make us feel very much at home.

"The Brazilian flavour has been there for a very long time,” he continued. "Zico is very much responsible for that from his history with the club but even more with his presence there now.

"Zico’s presence is very important to the team. It commands a lot of respect from all players, Japanese and foreign, and it helps us a lot."

A central midfielder, Leo Silva began his career in Cruzeiro and played for Ipatinga, Botafogo, Americana, Portuguesa before arriving in Japan in 2013. Having joined Kashima last year, the 32-year-old tasted AFC Champions League glory before enjoying his first foray on the global stage at the Club World Cup.

After their second-round win against Chivas, Kashima’s semi-final 3-1 defeat to Real Madrid saw Silva come up against compatriots Marcelo and Casemiro on Wednesday in Abu Dhabi.

"At the end of the game, Marcelo, Casemiro and I had a short friendly conversation, we wished each other good luck for the future,” Leo Silva revealed. “They are the highest quality of players and I respect them, but on the pitch we focused on making life as difficult for them as possible.

"We knew the match against Real was going to be hard," he continued "What we take away from it is that we tried, we fought and in the end unfortunately we have to accept that we lost to a great team."

Wednesday’s defeat against Los Blancos means that Kashima will now face Copa Libertadores winners River Plate, who suffered a shoot-out defeat against Al Ain, in the match for third place.

The Japan 2016 finalists are aiming for another podium finish in a game which will present an intriguing scenario for Leo Silva and the South American contingent at Kashima: Brazil vs Argentina.

"We can still search for something special, and a good ending," he said. "I think this team deserves to finish third, and that’s what we are going to fight for."