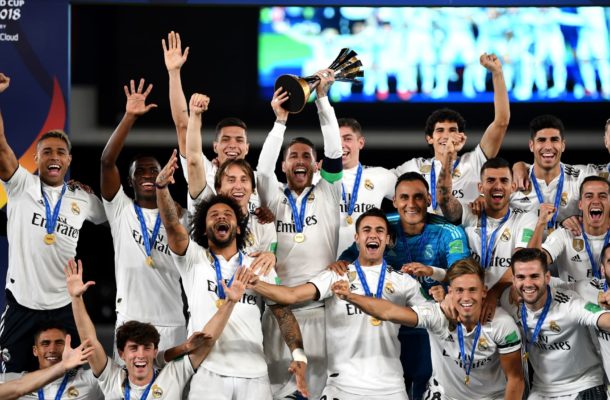 Santiago Solari's charges overcame surprise package Al Ain in the final, with the local side throwing everything forward in their dream match-up. Hussein Elshahat and goalkeeper Khalid Eisa, in particular, gave Madrid an early scare before Los Blancos' ruthlessness in front of goal dashed the underdogs' hopes of causing an upset.

Nevertheless, the runners-up can leave with their heads held high. After qualifying for UAE 2018 as domestic champions, they beat Team Wellington, Esperance de Tunis and River Plate to unexpectedly reach the title-decider.

Eisa was the hero, as they came back from 3-0 down to win on penalties against the New Zealanders, before posting a convincing 3-0 triumph over the African champions. Al Ain even took the lead against the Copa Libertadores winners in the semi-finals and ended up forcing the game into extra time and penalties, where Eisa once again proved decisive.

Having been crowned kings of South America, River Plate travelled to Abu Dhabi hoping to end the year on a high note, only to be frustrated by Al Ain. Marcelo Gallardo’s men ultimately had to settle for a bronze medal after beating a brave Kashima Antlers side 4-0. Gonzalo Martinez struck a brace, his stunning second goal a worthy way to bid farewell to Los Millonarios.

Chivas returned home disappointed after going ahead early on in both of their games, only to throw the lead away each time.