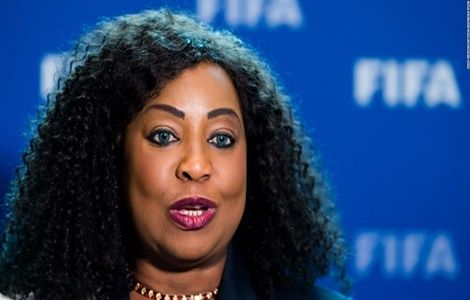 FIFA General Secretary Fatma Samoura is expected to arrive in Ghana on Wednesday to inaugurate the Normalization Committee for the Ghana FA following Ghana Government's successful withdrawal of  the liquidation suit  suit  against the GFA.

The Deputy Attorney General(AG), Godfred Dame on Tuesday filed a motion at the vacation Commercial Court 1 to withdraw the liquidation petition following an agreement with the World football governing body, Fifa on August 16, 2018.

Government had met FIFA on August 16, where the latter ordered the former to withdraw the process of dissolving the GFA from the court to allow the establishment of a Normalization Committee.

And with the successful withdrawal of the lawsuit the FIFA chief scribe now has the all clear to announce the Normalization Committee which will replace the Executive Committee of the GFA.

Samoura has chosen to make this announcement in Ghana hence her expected arrival in Accra on Wednesday.

The composition of the Normalization Committee remains undisclosed until the announcement is made.

The appointment of the Normalization Committee is a major step towards the restoration of normalcy to Ghana football which has been hit with the crisis of the Anas expose.