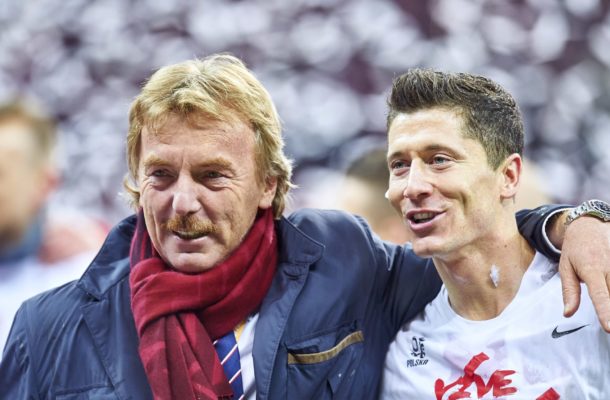 One of the greatest players in Polish football history, and the current president of the Polish Football Association, Zbigniew Boniek can't wait for the start of the FIFA U-20 World Cup in Poland. The legendary player, who shined in the 1980s for Poland, Widzew, Juventus and Roma, believes the tournament in Poland will unearth new stars like it has done in previous editions.

FIFA.com: A Polish section for the tournament has been launched by FIFA.com. Is this good news?
Zbigniew Boniek: Very good! Any way to promote this wonderful tournament is good and worthy to be used. Such tools will help Polish fans be closer to this event, know more about the teams who will play and how they got here. To be frank: I can't wait for this tournament to start and I do think it is a very important stage in players’ careers. It is at a time when you already treat football seriously, but on the other hand, you are still very passionate, you play for fun and glory, you don’t think of the score all the time.

And how was the idea to organise such an event in Poland born? Was it due to the centenary of the Polish FA? When I was elected president of Polish FA six years ago, I wanted to bring big football events to Poland. The first one was the UEFA Europa League final in Warsaw in 2015. Then we organised the UEFA Under-21 finals in 2017, and then in the meantime we wondered how we could celebrate in the best possible way the 100 years of the Polish FA. I think that the FIFA U-20 World Cup is a great opportunity to do so. Perhaps it would be difficult for us as a country to host the senior World Cup which is huge challenge, but I don’t have any doubts that we are capable to organise the U-20 tournament in a fantastic way. Poland 2019 will be an ideal place for new starlets to flourish. I am 100 per cent sure that some of them will be appreciated and admired by the world of football for years to come.

What can tournaments like these offer to the players and to the host country? I am sure the host country is already a winner. There will be teams from remote countries, and perhaps some people will hear about Poland for the first time. These tournaments give us an opportunity to show our country to many people. We have a rich history, but somehow we are a “young country”. There are new roads, new airports and new stadiums. And we are a safe country. It is really worth it to come here!

For those visiting Poland for the tournament, what would you recommend to them to visit? First of all, I hope that our guests will feel the great Polish hospitality for which we are known in the world. We know foreign languages, never mind at higher or lower level, but I am sure Poles will be able to communicate with our guests. We have fantastic cities and we have a picturesque coast with splendid cities, too. Personally, I like to go to Mazury, a district of lakes, and I love to wander in Polish forests, which are amazing too.


Polish cuisine is also well known abroad. If you could pick just one dish and recommend it to those who will come to Poland 2019, what would you say?[łąbki z kapustą i młodymi ziemniakami]. Stuffed cabbage with potatoes. It's delicious!

There will be important games, including the opening match, the Polish national team's matches and the final, played at Widzew Lodz Stadium, which is special place for you. Is it the place where the great Boniek was born? I will always stress that I started at Zawisza Bydgoszcz; it was the beginning for me. And I will never forget Zawisza. But of course Widzew has been special for me. I played there for years, we were a great team, which did very well both in Poland and in European Cups. Then I moved to Juventus and finally to Roma. As one can see, I did not change clubs so often as I just played for four teams. I was very loyal. And coming back to Widzew, it is nice that so many important games will be played there. The stadium is brand new, and it is a great location for such an event, no doubt.

As you said, everything started in the city of Bydgoszcz, which will also host part of the tournament. I was born there, and I started to play football there. Like everywhere back in the day, we played in the streets and quite often after the games there were some punches thrown as not everybody agreed with the final result (smiles).

Were you on the winning or losing side more often than not in street football at that time? I am not going to be very modest, but I can assure you that teams I played for had a little advantage over our opponents (smiles).

Coming back to the tournament, how do you rate Poland's chances? I don’t want to set goals too high right now, as we still are months away from the tournament, and in six months' time young players and their teams can vary a lot. But of course, we would like to qualify from the group. If we manage to do so, then we will think about the next step.

What about Poland’s coach? Not every coach for U-20 teams has experience in the UEFA Champions League. I am very glad we have Jacek Magiera with us. We planned to bring him to the Polish FA as he also has some educational goals for football here. And we really wanted him to lead this team. In the past it was common that FA coaches were not in demand by clubs. Now I am pretty sure some clubs are jealous that we have Magiera. And I think that this tournament will also open many doors for him in the future.

As this tournament coincides with the 100th anniversary of the Polish FA, what do you think about when you look back at the history of football in Poland? Do you think the nation has achieved a lot or perhaps should have won more? We have been the third-placed team in the world on two occasions. We had the top scorer at the World Cup in 1974, and one of our teams played in the final of a European Cup and another played in the semi-finals. So perhaps some countries would like to have such achievements as we have had. I am a person who does not walk disappointed or frustrated thinking that we should have done more. In the 1970s we had a “factory of football talents” and we knew how to convert them into success on the world stage. Now we also have many talented young players and we must help them to become even better players. It is not easy as Polish clubs have some financial limitations, and are not able to hold on to the best players for longer periods of time. They go abroad quickly, and because of that, our clubs are not able to be more successful in European Cups. But I remain an optimistic person: for me the glass is always half-full and not half-empty. But I never stop, I always want more.