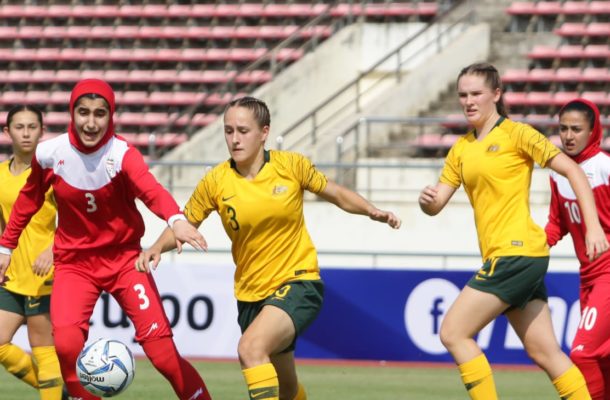 Kuala Lumpur: Australia kicked off their bid to qualify for the Finals of the AFC U-16 Women’s Championship 2019 with a 3-0 win over Islamic Republic of Iran in Group A while China PR sealed top spot in Group B after defeating Bangladesh 3-0 in Group B of the Qualifiers Round 2 on Sunday.

Vientiane: A resounding first half placed Australia in a commanding position against Iran at the National Stadium in Vientiane, Laos.

Australia were quick to get into the groove with forward Georgia Beaumont putting them ahead with her finish in the 20th minute.

Their lead was doubled 20 minutes later with defender Grace Taranto finding the back of the net.

Iran were more resolute defensively in the second half but failed to claw their way back as substitute Tijan Mckenna capped a perfect start for Australia with the final goal three minutes into added time.

They play Vietnam next on Tuesday while Iran will take on host Laos.

Group B
Mandalay: China PR will head into the Finals oozing with confidence after scoring a 3-0 win over Bangladesh in a top-of-the-table clash at the Mandalar Thiri Stadium in Mandalay, Myanmar.

Both teams entered the match having already sealed their places in the Finals but a draw would have been enough for China PR to seal top spot on goal difference.

A win, however, was what Roger Reijners players were after with Dai Xinyao giving them the lead in the 29th minute.

Any hope Bangladesh had of finding their way back into the tie were dashed just a minute into the second half as Shao Ziqin doubled China PR's lead.

It soon became 3-0 with Wang Xinling slotting home in the 53rd minute as China PR sent a warning they will be a force to be reckoned with in the Finals.

China PR and Bangladesh join the top three teams from the 2017 edition - DPR Korea, Korea Republic and Japan - along with host Thailand, in the Finals in September.