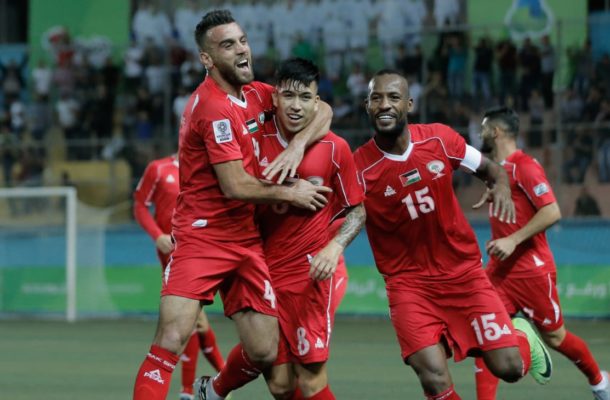 Doha: Palestine coach Noureddine Ould Ali reckons his team’s first match in the AFC Asian Cup UAE 2019 against Syria will prove key to their progress in the tournament.


Palestine will be playing at this level for only the second time and a January 6 clash in Sharjah against the Syrians could prove decisive for qualification to the knockout stage from a group which also includes reigning champions Australia and Jordan.

“The first game in a tournament is always the most difficult,” Ali told the-AFC.com in an exclusive interview.

“When you start a tournament, you are looking for rhythm. The rhythm in training or during a preparatory match is not the same as the rhythm you are supposed to have in a proper match situation,” Ali added.

The Palestinians have been in Doha since early December training hard for the Continental showpiece that gets under way on January 5 with a match between hosts UAE and Bahrain at Zayed Sports City Stadium in Abu Dhabi.

They are high on enthusiasm and confidence, especially after a string of encouraging results in recent matches.

Last month, they drew 1-1 against China in an international friendly in Haikou with the Chile-based Yashir Pinto, one of Palestine’s several foreign-based players, scoring the equaliser in the second half.

They beat Pakistan 2-1 last month in another friendly and in October, won a rare international title when they beat Tajikistan 4-3 on penalties in the final of the Bangabandhu Cup in Bangladesh.

They had an unbeaten run in the six-nation tournament, beating Nepal and Tajikistan in the group stage before accounting for hosts Bangladesh 2-0 in the semi-finals.

“We have had good results in our past five or six matches and that has led to some great team spirit in the team,” said Ali.

“And we also have pre-tournament friendlies lined up against Islamic Republic of Iran, Iraq and Kyrgyz Republic later this month which would give us a clear indication of what we are capable of.”

Ali said the players are participating for the sake of “making history”.

“We are Palestine and we don’t need any extra motivation to do well. In that way we are exceptional. Everything about us is exceptional,” the Algerian added.

Palestine first participated in the Asian Cup in 2015 when it was held in Australia, but it didn’t end well for them as they lost all their three group matches and crashed out.

“Obviously we were not experienced at that level then but then again it was a new experience! We learned many lessons. We figured out the problems and developed solutions.

“Now we are fully focused. The players know they can make history. They are ready to take on any team.”