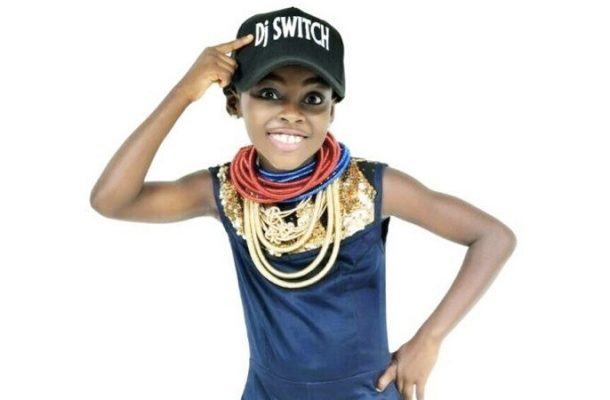 Controversial Counsellor, George Lutterodt has advised the parents of the budding young DJ, Erica Tandoh best known as DJ Switch, to re-assess the mode of payment for their young daughter.

According to the outspoken Counsellor, the parents of the young DJ should have gone for a scholarship package from the billionaire, Bill Gates instead of accepting cash as payment for her performance at the Mel and Bill foundation last week.

The Ten-year-old DJ who burst onto the scenes when she competed and won the 2017 edition of TV3’s ‘Talented Kids’ was invited to perform at the 2018 edition of Goalkeepers hosted by the Bill and Melinda Gates Foundation.Speaking on AccraFM, Counsellor Lutterodt told show host that: “Whatever she gains out of her performance must be in the form of scholarship but not in cash, her managers should sign a deal, an educational policy for her rather than taking money from Bill Gates, both parents have to manage her so as she grows, she becomes a brilliant girl with talent”.He explained that: “When you go to the United States of America (USA) many people have gotten access to education through their talent, they have been developed, so, DJ Switch needs a scholarship so if she goes to perform, her mother should look at barter more than cash. DJ Switch has been hailed because she is a small girl doing what the grown ups are doing, it’s not easy to stay at the top”.He quizzed: “If the parents go in for cash, her mother may spend it and if she does, she hasn’t gone wrong, but in the future if something happens and the girl is unable to achieve her goals who are we going to be blame?