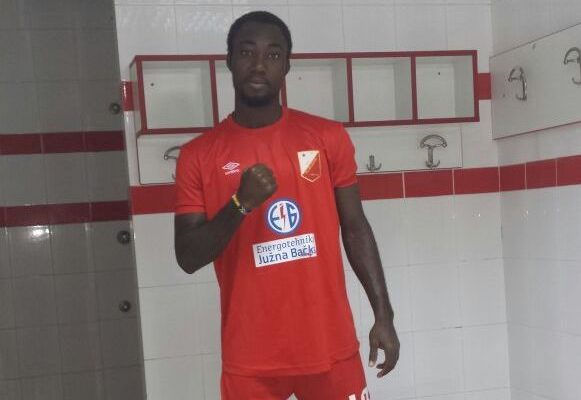 Former Ghana U20 captain Joseph Owusu Bempah has completed a move to Serbia top tier side FK Proleter Novi Sad, according to reportsF

The 23 year-old defender joined FK Proleter following a stellar campaign in the second tier with FK Sloboda Uzice where he made 14 appearances since joining in August, 2018

Bempah left Ghana in 2016 to Serbia joining FK Vovojdina, after more than a year, he moved to Mexico to join Murcielagos in December 2017.

The right returned to Serbia after just one season in Mexico to join FK Sloboda where he became an important figure of the team.

Owusu Bempah joined Accra Hearts of oak from New Edubiase United in the 2012/13 season under then Coach David Duncan.

He was appointed the deputy captain for Accra Hearts of Oak in the 2015/16 season.