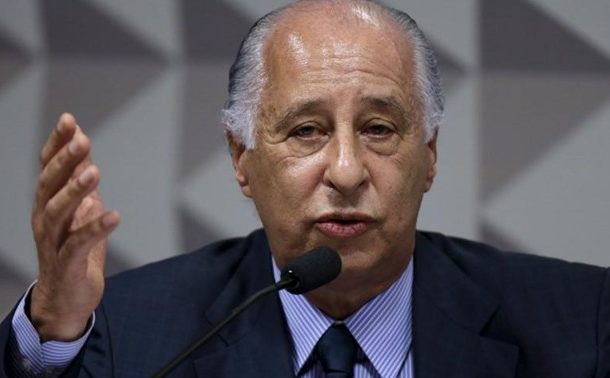 FIFA said in a statement that Del Nero was also fined 1 million Swiss francs ($1 million) for having violated five articles of the FIFA Code of Ethics, including bribery and corruption, offering and accepting gifts, and conflicts of interest.

The FIFA investigation into Del Nero began in November 2015, a month before he was indicted by the U.S. Department of Justice as part of the wide-ranging investigation of the money trail left by sports companies to the former heads of CONMEBOL and CONCACAF for lucrative sponsorship and marketing deals.

Del Nero resigned from the FIFA ruling committee when the investigation began but remained in charge of Brazil’s soccer body for more than two years longer until the FIFA ethics committee provisionally suspended him in December 2017.

The 77-year-old is one of 42 former top world football leaders and businessmen who have been charged with 92 crimes for the acceptance of more than $200 million in bribes. Of the 42 accused, 24 have pleaded guilty and two have been sentenced by a judge. Del Nero is one of the 15 people involved in the case who remain in their home countries.

Del Nero can challenge his lifetime ban, which takes effect immediately, through FIFA's appeal committee and ultimately to the Court of Arbitration for Sport.