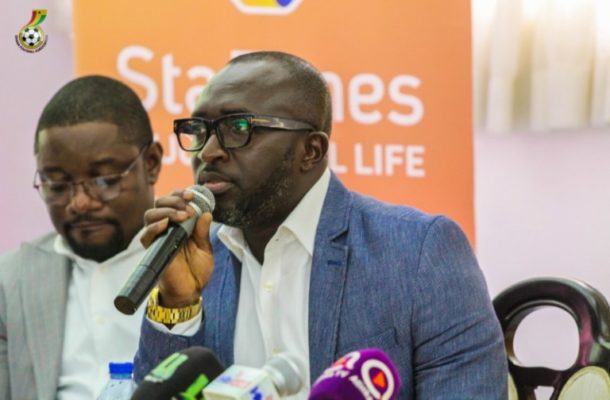 Arhinful, 45, spent over 14 years playing football abroad and is a winner of the 1992/93 edition of the FA Cup with Obuasi Goldfields, now Ashanti Gold.

He was the Ghana Premier League top scorer in the 1992/93 season with Goldfields.

Ahinful is expected to use his influence to create awareness for the competition and also help the MTN FA Cup Committee carry powerful universal values to make the competition visible, recognizable and accessible to the public.

“I am very privileged and honoured to have been asked to be the ambassador for this competition,” the former Ankaragücü star said in an interview with the Communications Department

“Being a former winner of this competition, I thought it wise to come on board to help and I promise to avail myself whenever I am called upon.

“We are a family and we want to see this family grow. Football is my life and so playing an ambassadorial role is a good feeling,” Ahinful added.

During his international career, Augustine Ahinful participated in the 1993 FIFA World Youth Championship in Australia, the 1996 Summer Olympics in Atlanta and the 2000 Africa Cup of Nations co-hosted by Ghana and Nigeria.