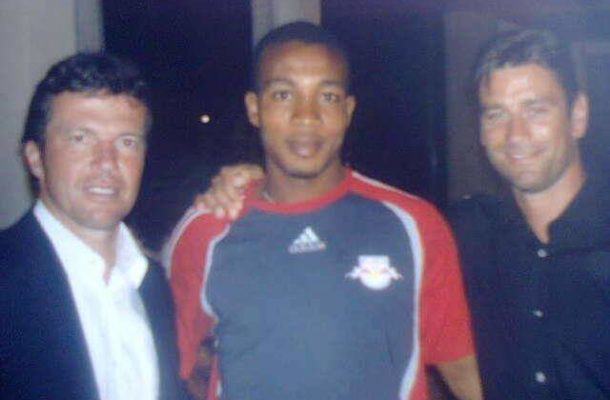 The former central defender is said to have died in the early hours of Sunday, 19th September, at the Tema General Hospital after battling short ailment.

He is among the few Ghanaian who retired from football at early age.

The 35-year-old played for Hearts of Oak between 2004 to 2009 before traveling abroad to continue his career.

Popularly known as ‘Mark Fish’ in his playing days, Vardis was part of the Hearts of Oak team that won the league in the 2006/7 season under coach Mitko Kostadinov Dobrev.

Vardis joined Hearts of Oak from Real Sportive and went on to play for New Edubiase United before hanging his boots.