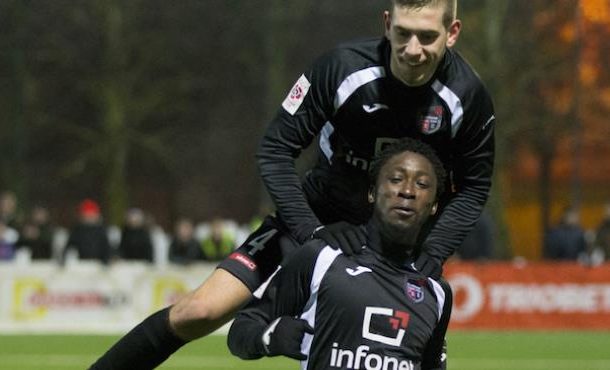 Former Asante Kotoko Michael Ofosu Appiah was sent off while he was in action for Infonet in the Estonian top-flight on Saturday.

The 26-year-old received his marching orders in the 89th minute following his double-booking at the LasnamÃ¤e KergejÃµustikuhalli kunstmuruvÃ¤ljak.

The central defender was booked in the 60th minute and committed a foul which earned him his second booking of the afternoon as his side claimed a 4-2 over visiting SillamÃ¤e Kalev.

It becomes the second time the former Jomo Cosmos defender has been sent off while in action for Infonet on his debut season. He was first sent off in May during a league game against Trans.

While he was being sent off his Ghanaian compatriot Haminu Dramani played 63 minutes for Infonet who have opened a 6-point lead at the top of the table.