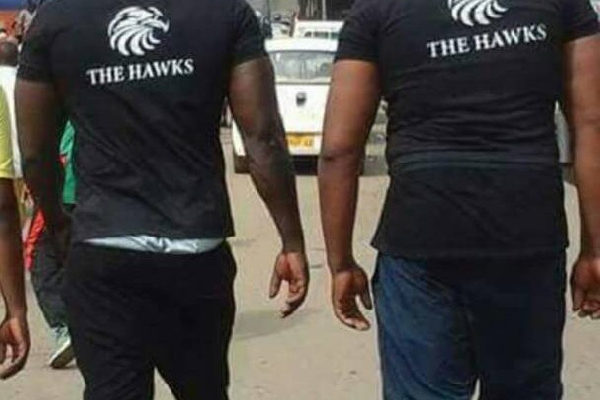 Four persons alleged to be members of the pro-NDC vigilante group “The Hawks” suspected to have carried out the shooting at the Regional Office of the NDC have been declared wanted by the Ashanti Regional Police Command.

The suspects according to the police are Husein Barnabas aka Warrior, Damous, Migyima and Abu Tariban.

The directive is in connection with the shooting incident that happened during a meeting by the NDC Party’s General Secretary, Aseidu Nketia and Chairman Samuel Ofosu Ampofu with regional executives at the regional office.

The incident claimed one life while one person is in critical condition at the Komfo Anokye Teaching Hospital.

Regional police PRO, ASP Godwin Ahianyo told the media at a press briefing that the incident happened when gun-toting men on motorbikes alleged to be members of The Hawks evaded the NDC premises and fired several gunshots indiscriminately.

ASP Ahianyo said the police are pursuing the suspects for their arrest.

Meanwhile a release by head of Ghana Police Public Relations Department, ACP David Eklu said the crime scene has been cordoned off by the regional police command to assist investigations.

“The police command is appealing to the public to remain calm as it is working closely with NDC executives to get the perpetuators arrested. Anyone with information on the suspects should assist the Police by volunteering information that can lead to their arrest.

The Police Administration expresses condolences to the deceased family and wished the injured speedy recovery,” the statement read.