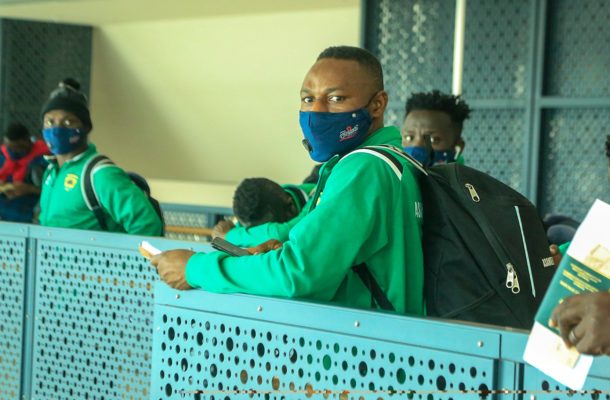 Ghana Premier League side Kumasi Asante Kotoko have confirmed that four of their players and four officials who arrived in the Country on Friday from Sudan have tested positive for coronavirs.

According to the club,  the affected players and officials are currently in isolation and being looked after by the National COVID-19 response team.

The club further adds that five persons including striker Kwame Poku and one official who tested positive for COVID-19 in Sudan all tested negative after two tests were conducted at the Military Hospital in Sudan and another at the Kotoka International Airport.

Kotoko were unable to play their second leg tie against Al Hilal Omdrman after test results in Sudan confirmed seven Kotoko players had tested positive for COVID-19 although the club vehemently protested the results were fake. 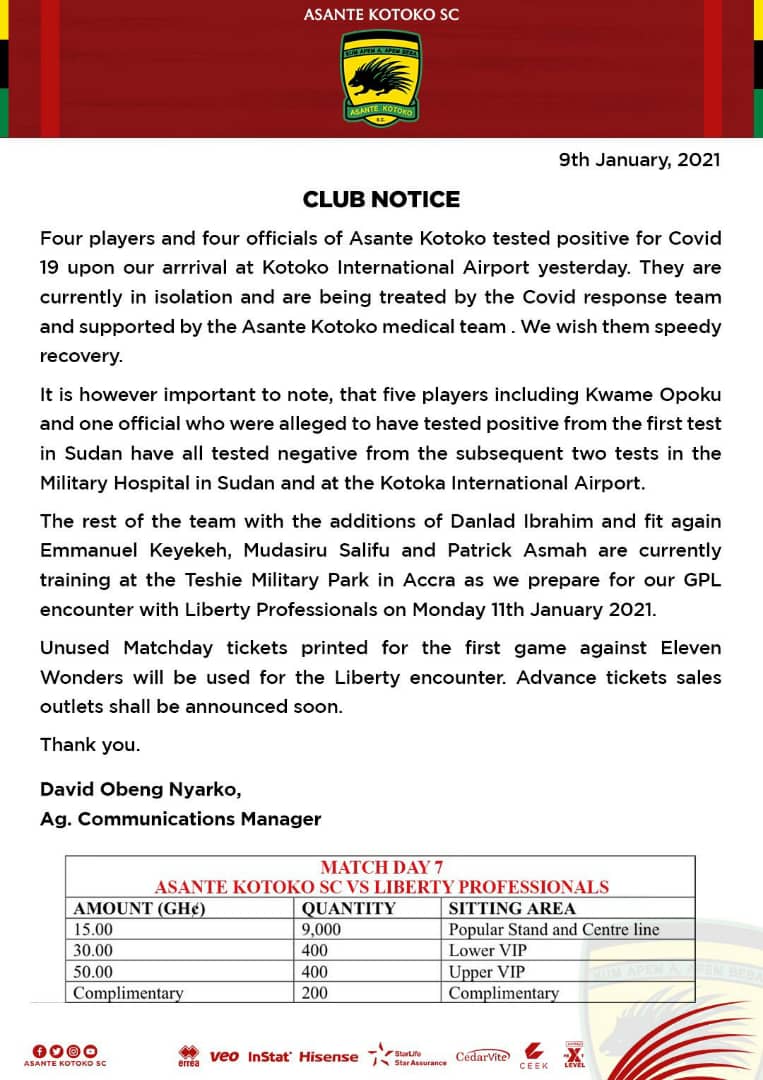