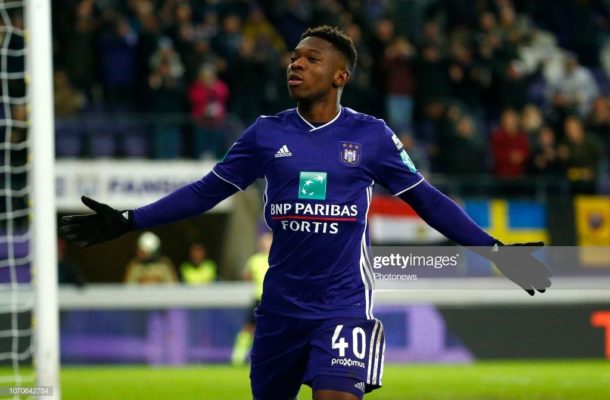 'This season, the way purple and white footballs should fit in perfectly with the qualities of Amuzu, but it still doesn't work. He is usually short on the last pass and finishing, but last week in Mechelen, all his choices were bad, " the report adds.Amuzu is in a dip. 'It has been said before that the cups go down quickly at Anderlecht, but the flank attacker seemed to be literally gazing behind the Kazerne instead of forward. The last few weeks Ciske starts every time, before he ended up on the couch for a few months. "Doku is now further than Amuzu. Anyway, Amuzu has to conclude that Jérémy Doku, who is three years younger, has passed him. The latter wins fifty percent more of his duels and does eight successful dribbles per game against the three from Amuzu.

Anderlecht n December last year were keen to sell Amuzu, placing a €4 million price tag on him in the January transfer window.

The Ghanaian born Belgium youth player recently extended his contract to 2022 but has struggled to make a mark this season, having lost form and plagued with injuries.