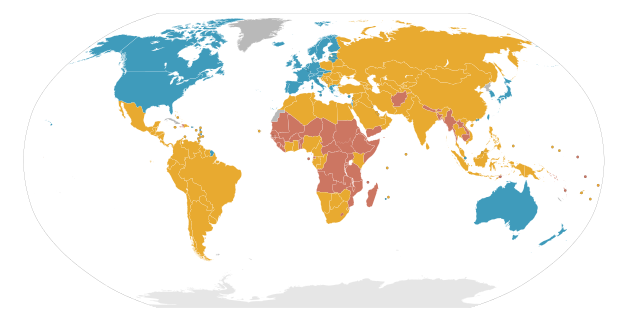 Digitalization benefits have been a subject of discussion for quite some time now. We can even see the United Nations getting involved in matters of the internet and the dimensions of its accessibility.

Trade is now playing an important role in eradicating poverty. Since most of the trading is going digital, the internet has almost become a currency necessary to survive and watch all the free content on ipiratebay. But, what about the places which don't have proper access to the internet.

There is a clear digital divide between the developed and the underdeveloped countries, and many believe it to be the lack of accessibility between these economies. However, can free internet be a thing in these places?


Free internet as a concept has always existed, we get complimentary free internet in cafes and hotels when we pay for the other amenities, but free internet for an underdeveloped country has a totally different meaning.

Here are the seven major arguments made for this subject.

1. Exclusion From The Benefits Of Digitalization


Even if we are arguing about the status of the internet in our society and whether it is a boon or a curse, we can never forget the massive benefits of digitalization. IOt is bringing the world to our doorsteps.

We can have better communication, better access to knowledge, and the availability of an array of worldwide products. However, some underdeveloped countries are still excluded from all the digital benefits.

As a result, the gap between the rich and poor, especially between countries, is getting wider. This is one of the biggest arguments as to why free internet should be accessible to some countries.


The digital divide between the developing and developed countries is getting wider. Digitalization was supposed to bridge this gap and turn the world into a global village. Better communication was also something promised by the internet.

Although these things have been proven as great assets of the digital world, the touch of this world hasn’t reached all. This digital divide is just making the gap bigger. The Internet is a resource that should be given free to some extremely underdeveloped countries.

Equity is a concept that we need to introduce when it comes to digitalization. It can assist the underdeveloped countries to at least come to the same level as the developing countries before they could start paying for these amenities.


Trading is the biggest weapon against poverty. Especially after globalization, when gaining a profit from the entire world has been made easier and accessible. However, now in order to survive the competition, most trading is going digital.

Having an online presence for your business has become a necessity more than a choice, but some underdeveloped countries are not able to avail of this luxury. As a result, they are getting left behind in world trade.

The UN has already expressed its initiative to help these underdeveloped countries. Giving them access to free internet for a considerable period of time can help their upliftment. Global trading is already an intimidating prospect, but it can be diminished a little with smooth communication through good internet access.


Digitization has been a great deal after the pandemic. Especially during full lockdown when all the physical points of contact are closed, and most of us have to take shelter under the digital world, a lack of internet accessibility is a nuisance.
Mostly when it came to education, every sector went digital. Many below-poverty students in developing and underdeveloped countries had to halt their education because they didn’t have access to the internet.

This is putting a red mark on the development of the youth of a country, without which it is doomed. Therefore, this is a crucial time to make the internet free for these countries.


When the youth remains underdeveloped, many will seek employment in other developing or developed countries, making most of the headways for them. Amidst lack of digitalization, if the youth with potential is drained out of the country, it will drop them years behind the developed countries.

The Internet is the future of the world, and without proper accessibility, the chances of regression are more than progression.


Just like the arguments for it are convincing, there are arguments that speak against free internet in underdeveloped places. The Internet can be misused after all, and although these arguments are logical, free internet should still be provided.

However, the government should have proper supervision to minimize the malware activities that might occur.