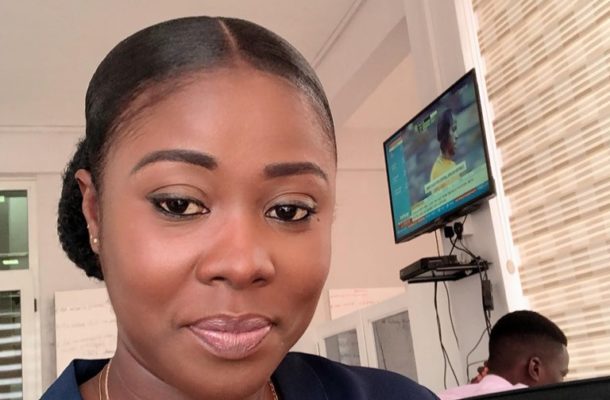 Citi TV's newscaster, Frema Adunyame formerly known as Frema Ashkar has reacted to speculations that she was the "evil" best friend who dragged Nana Aba Anamoah to a juju woman.

Frema has been in the news since last weekend after GhOne news editor, Nana Aba Anamoah disclosed that she was dragged to a juju woman by her best friend 8 years ago.

Nana Aba Anamoah was named TV Development show host of the year and Radio and TV Personality of the year at the 2019 RTP Awards over the weekend.

To celebrate her win, Nana Aba in a lengthy post said her unmentioned friend's intention was to reverse the love and affection Ghanaians, colleagues and then bosses had for her.

Part of her post read: “I dedicate this to a best friend from 8 years ago who dragged me and every present I ever got her, to a juju woman to destroy the love and affection Ghanaians, colleagues and bosses had for me at the time."

The post immediately sent social media buzzing as many sought to find out who that friend was.

But there was a twist of event when Ghanaian blogger, Chris Vincent alleged that the person Nana Aba was referring to was no other than Frema Ashkar.

According to him, Frema had no idea at the time that the daughter of the juju woman she went to see was an intern at TV3 at the time.

In a swift rebuttal, however, Frema denied the allegations describing it as false and malicious.

The broadcast journalist indicated that she has never consulted a juju man or woman in her life hence she is not the reference point of Nana Aba’s statement.

She also threatened to sue media houses and portals who carried the story.