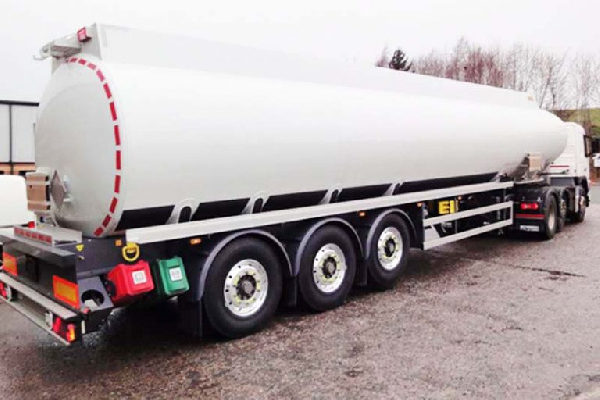 Petroleum tanker drivers’ unions in the Republic of Ghana have declared a sit-down strike from Monday, 1st August 2022 to protest poor working conditions and some decisions by the regulator, NPA, which are affecting them.

While the biometric seal determines the number of products in the tanker, the cargo seal enables the regulator, NPA, to monitor the movement of the tanker.

Speaking to energynewsafrica.com, Chairman of the Ghana Petroleum Tanker Drivers Union, George T. Nyaunu, noted that the National Petroleum Authority (NPA) has been sanctioning his members over claims that they have been tampering with the cargo seal.

He said the sanctions the NPA applies range from a one-month suspension from loading and charging transporters for the alleged tampering with the seal.

He said the drivers cannot be bearing the consequences of acts they have not committed, hence, their resolve to embark on a sit-down strike on Monday.

Speaking to energynewsafrica.com on the same issue, the Chairman of BOST Tanker Drivers Union, Clement Ampadu, blamed the NPA, Ministry of Energy and Transport Ministry for the plight of tanker drivers in the country.

He said it appears both the Energy and Transport Ministries are not interested in helping tanker drivers to resolve their grievances.

Regarding the alleged tampering with the cargo seal, Mr Ampadu said he wrote a letter and personally delivered it to the Ministry of Transport and shared it with the Minister on WhatsApp.

He said for more than one month, he had not received any response from the sector Minister.

In his response to whether he had attempted to meet the Energy Minister in his office regarding their concerns, Mr Ampadu fumed: “As for Napo (about the Minister for Energy), I don’t want to hear his name in my ears. When they get the power, they think we’re fools. We have been to his office more than ten times to go and meet him but we have been unsuccessful. Anytime my secretary and I go there, the Minister’s secretary will tell us to book an appointment which we will do. We will leave and when we don’t hear from them, we will call and go there again. We have been going there more than ten times and they keep telling us to book appointments.

“So we’re going to park our trucks for the owners and the government agencies who don’t value drivers to go and load the products and transport them by themselves,” he said.

When contacted, the Communication Manager of NPA, Mohammed Abdul Kudus, said the issue of the strike had reached their attention and might respond on Monday.