Fuel prices to go up - COPECGH 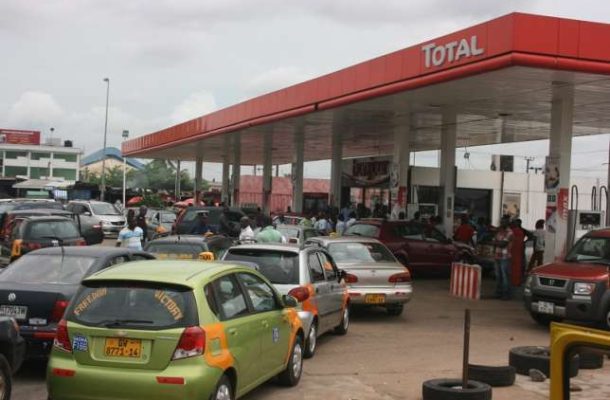 The Chamber of Petroleum Consumers Ghana (COPECGH), have predicted that consumers are likely to pay more for fuel beginning September 1.

In a statement signed by the Executive Secretary of COPECGH, Duncan Amoah, on Wednesday, the possible hike in the pricing BY 4-7% is as a result of figures emanating from the various Bulk Distribution Companies point to an imminent upward adjustment in pump prices.

COPECGH, however cautioned that, this move if implemented will cause unwarranted distress and confusion among consumers and also will most likely affect cost of living at same.

Below is the full statement by the chamber;

The 1st pricing window for the month of September 2016 is set to commence from the 1st of September and there are very strong indications consumers will be paying more for fuel in the coming window.

Prices across the various Oil Marketing Companies went down by between 2-4% during the current fuel pricing window and has over the past one month seen some cumulative reductions of between 3-6% across most service stations.

Radiance oil continues to dispense the lowest prices for PMS or petrol at 3.425/litre and also sell the cheapest diesel on the market at 3.360/litre.

Current world market prices continue to hover around $47/barrel up from previous levels of around $42/barrel as at the beginning of the current pricing window.

The cedi has over the past two weeks also recorded some losses to close trading at 3.98/dollar from previous trading at the start of the current window at 3.89/dollar.

Figures from the various Bulk Distribution Companies point to an imminent upward adjustment in pump by between 4-7% across most BDCs as some BDCs that were charging 1.48/litre before taxes have moved to 1.71/litre and likely to result in pump prices going up by same margins.

The downstream price deregulation programme continues to be closely monitored and looks likely to roll to the second phase which allows the various oil marketing companies to charge different prices at their various stations across the country though we understand the National Petroleum Authority is asking for it to be put on hold.

This second phase, when rolled out, has the tendency to cause a lot of distress and confusion as it will now completely leave the consumer to pay whatever rates the various outlets across the regions decide to charge and must not be encouraged as cost of products in places where prices will be higher will most likely affect cost of living at same.

The current uniform pricing policy serves the interests of a unified state such as Ghana and will be dangerous if tampered with.

Transport operators have served notice that this will lead to charging of different transport fares at different parts of the country depending on how cheap or expensive pump prices for those areas are and will eventually lead to not only confusion but arbitrariness and eventual fleecing.

We are, by this notice, calling for the shelling of any such moves as it will not only violate the laws of the land but also lead to complete arbitrariness in the system.