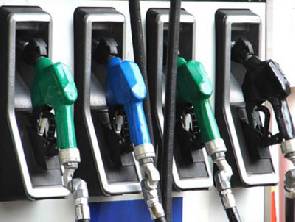 The Institute for Energy Security (IES) has projected a further drop in fuel prices for the second pricing window for this month.

According to IES, market conditions are favourable for diesel and petrol prices to drop beyond 1.33% and 1.28 recorded respectively in the first August pricing window.

“To the point where competition among the Oil Marketing Companies remains high, market price for both Brent crude and refined oil dropping in average price terms, added to the appreciation of the Cedi against the U.S. dollar, and increasing national fuel stock; the Institute for Energy Security (IES) believe that there is enough positive momentum and fundamental justification to move the prices of Petrol and Diesel lower on the local market,” IES said in a release signed by Gilbert Richmond Rockson, Principal Research Analyst.

During the first Pricing-window for August 2016, Diesel and Petrol prices on the local market recorded an average fall of 1.33% and 1.28% respectively.

This according to IES is attributable to aggressive competition among the Oil Marketing Companies (OMCs), tied to massive draw-down of old stocks held by the Bulk Distribution Companies (BDCs) outweighed the low fuel stockpile in the country, informing projections for the further drop in fuel prices from August 14 onwards.

Over the period, price of Brent Crude rose by approximately 8.73% as a result of falling U.S. refinery and production output, rumours of production cap by the Organization of Petroleum Exporting Countries (OPEC), and geopolitical risk in Nigeria, Venezuela, and Libya. However, in terms of average prices; the first Pricing-window for this month recorded a drop of 78 Cents over the previous.

Platts, the benchmark for refined petroleum products recorded a drop from $393.84metric tonne to $369.50/metric tonne, representing a change of 6.18% for Diesel. In similar fashion, the average Platts price for Petrol on the world market dropped by $14.79/metric tonne representing 3.25%.

Data from the Bank of Ghana indicate that the Cedi held up against the U.S.

Dollar over the period, recording a minimal appreciation of 0.09%.

Over the first Pricing-window, the country’s stock for Diesel and Petrol combined increase from 407million liters to 479million liters; capable of meeting just above six and a half week of national fuel security, using June 2016 national fuel (Petrol and Diesel) consumption as basis.