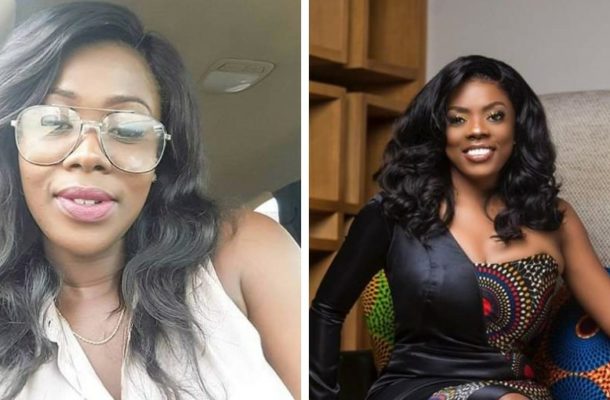 The GhOne newscaster in a lengthy post on Instagram while celebrating her win at the 2019 edition Radio and Television Personality (RTP) of the Year disclosed how she was dragged to a juju woman by her best friend 8 years ago.

The outspoken newscaster said the incident which happened 8 years ago was to cause this affection for her.

The revelation had people speculating who that friend could be.

But Popular Ghanaian blogger, Chris Vincent has said the person is no other than Frema Ashkar.

According to him, Frema is said to have had no idea at the time that the daughter of the juju woman she went to see was an intern at TV3 at the time.

So after visiting the juju woman and placing her destructive request, the juju woman through her daughter made contact with Nana Aba Anamoah and solidly informed her on everything.

He stated that Frema Ashkar was confronted by Nana Aba Anamoah at TV3 and everyone at the TV3 at the time got to know of this.

Frema Ashkar was said to have bolted after she was caught and never returned to TV3.

Frema has since moved to Etv Ghana, Metro TV and she's currently with Citi TV.