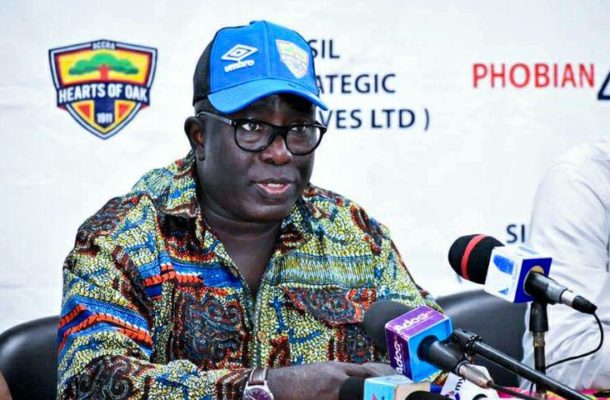 Accra Hearts of Oak fans launched into social media fury calling for the head of their Managing Director, Frederick Moore before the 2019/20 GhPL season begins.

But the National supporters leader, Elvis Hesse Hermann has denied any official petition from the supporters calling for the M.D. to be sacked, saying he reads comments on social media.

"Officially, I have not received anything from our supporters regarding the sacking of Mr Frederick Moore from the team but I have seen some comments on him on social media" He told Kumasi based Ashh Fm.

Hearts of Oak M.D. Frederick Moore lost the Ex-Co elections to rep his club on the highest decision body of Ghana Football.