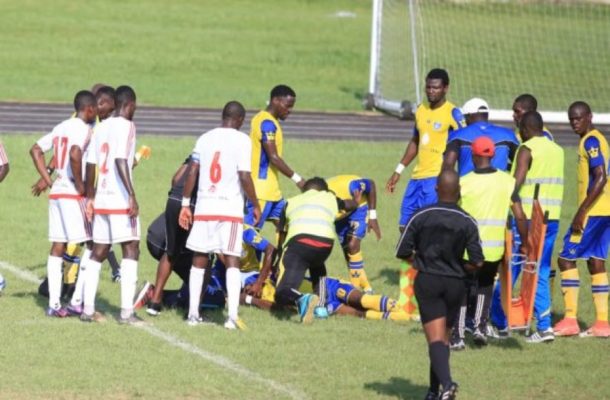 A player in the Gabonese first division, Herman Tsinga, has died after collapsing during a game in Libreville, local media reported on Monday.

Tsinga, a striker for Akanda FC, collapsed in the 23rd minute of the match with Missile FC on Saturday, The Union daily newspaper reported.

The 30-year-old received a cardiac massage by a military doctor, but died on his way to hospital.

An amateur video posted on Twitter showed the confused reaction after Tsinga collapsed on the edge of the centre circle.

According to The Union, neither of the two ambulances at the scene had the defibrillator or oxygen mask necessary "to save the life of the player".

The death was the seventh in 12 years in Gabonese football, The Union said.

The match was part of the second round of the championship, which was able to resume in February after a gap of eight months when Gabon Oil Company agreed to sponsor the competition.