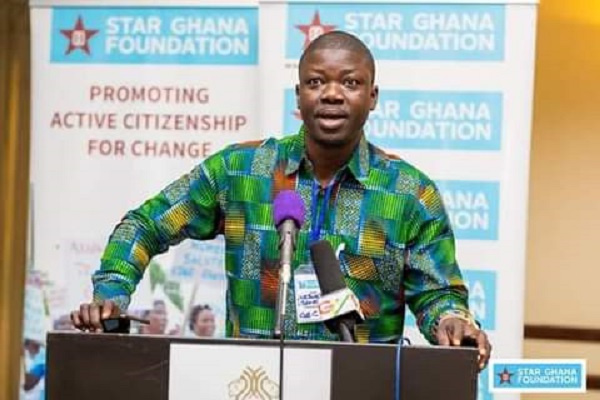 A private car belonging to Abdul Hayi Moomen, a journalist working with the GBC, Ghana’s state broadcaster, has been broken into and some valuables made away with.

Moomen, announcing the robbery in a post on his Facebook page shared pictures of the salon car which shows one of the back windows at the left side smashed.

The images also show the interior of the car visibly ransacked.

Giving some details about the break-in, Moomen wrote: “He stole my video camera, secret video recorder, lapel microphones, 2 floodlights and a tripod.”

This incident comes barely a month after the GBC journalist took to his Facebook page to communicate a threat on his life by some men.

In that December threat after the elections during which Moomen gave extensive reportage and hosted programmes on TV, Moomen stated: “I have lodged an official complaint to the Nima police. But should anything happen to me or any member of my family, please help them to track the guy in black (it’s the best shot I could get of him under the circumstances). He and his friends have threatened to deal with me.”

Moomen then added in a separate post: “They say they know where I live and that, that job will be easy.”

It is unclear whether the robbery has anything to do with the earlier threat to his life. However, following his post indicating the break-in, he again made another post indicating that he did not want to be dragged into needless politics as the initial threat on his life had been widely interpreted as having political underpinnings.

“It's a thief. Simple and straight. Please do not drag me into needless politics. Please,” he wrote.

It is also not clear whether the thief had been caught or not, however, there were comments under his post suggesting the culprit had been arrested.