Getafe to swoop for Mubarak Wakaso after 2019 AFCON 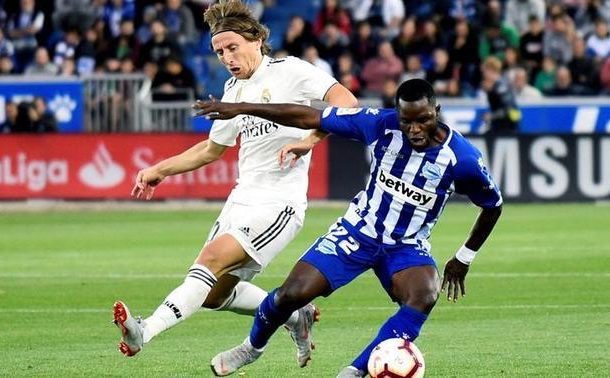 Wakaso Mubarak is one of the possible departures from Deportivo Alavés ahead of the upcoming season.

He joined the Spanish outfit from Greek club Panathinaikos in a three-year deal last summer.

The Ghanaian international made his highest number of league outings since 2012-13 as he appeared 21 times for El Glorioso in the recent La Liga campaign.

However, Ghanaguardian.com understands that he would not be in the plans of new manager Asier Geratino.

Getafe are looking to capitalize on the situation and have reportedly identified the 27 year old as the ideal replacement for Mauro Arambarri who is leaving the team for Villarreal.

Getafe will officially approach Alves about a potential transfer after the ongoing Africa Cup of Nations, where Wakaso has been one of the standout players for Ghana.