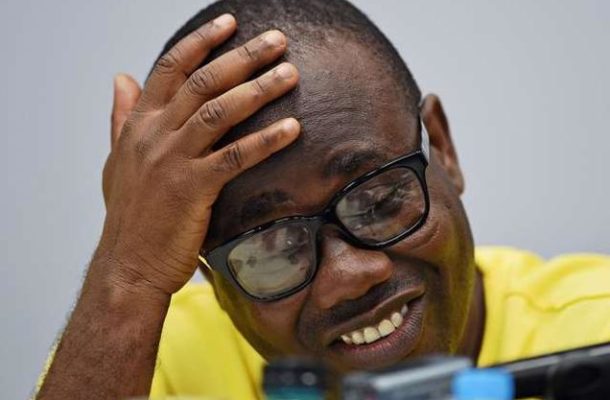 A release signed by FIFA independent Ethics committee chairperson to investigate the FIFA council member and CAF 1st vice in the recent exposé of Anas Aremeyaw Anas and his Tiger eye P.I on corruption in Ghana football.

According to FIFA the duration of the banned may be extended for a period of 45days. 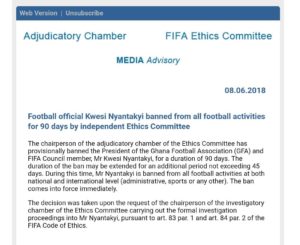 Ghana government dissolved the football Association after Tiger Eye P.I aired the corruption in the game, number 12 to the public which Nyantakyi was accused of force pretence and caught red handed receiving $65,000 in this said video. By: SADAT APUSi