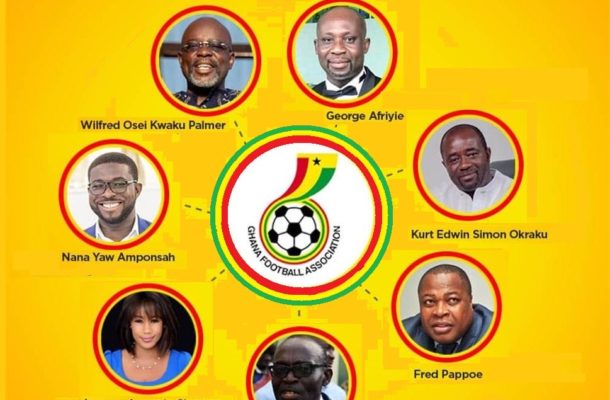 Aspirants who have passed an initial screening are expected to go before the five-member vetting committee for the 2019 Ghana Football Association (GFA) elections .

The Committee will begin grilling the first group of persons who have successfully filed their nominations by the Friday, September 27, 2019 deadline.

However, a number of the 52 aspirants contesting for 22 vacant positions have been hit with setbacks after failing an initial screening by the Elections Committee following their inability to satisfy all requirements.

A statement signed by the Communications Department of the GFA said the affected aspirants had been contacted and given up to 4 p.m. on Thursday, September 26, 2019 to satisfy all requirements.

The statement further stressed that “the nominations of the affected persons would be nullified if they fail to meet all the requirements by the deadline given them.”

Other members of the committee who were sworn into office on Thursday, September 19, 2019 are corporate governance consultant and legal practitioner, Mrs Marian Barnor;, Mr Emmanuel Darkwah, a lawyer; Mr Reginald Laryea, Marketing and Business Executive, and Mr Richard Akpokavie, a sports administrator and legal practitioner.

The statement said the vetting period would now end on October 4, instead of the initial October 1 deadline published by the Normalisation Committee of the GFA due to the large number of aspirants.

"Meanwhile, due to the large number of aspirants, the vetting period has been extended to Friday, October 4, to give the Vetting Committee enough time to comprehensively screen all aspirants.

The NC wishes to express its appreciation for the cooperation of all stakeholders so far and wish to encourage continuous positive exhibition of the camaraderie necessary for the football reformation process being undertaken,” the statement added.

Per the election guidelines, the first batch of successful candidates would head to the polls on Friday, October 18, to contest the RFA chairperson elections.

The elections for the constituent bodies and the RFA chairpersons vying for the two slots on the Executive Council will be held on October 24 before the Extra-Ordinary Congress for the election of the GFA President on October 25.