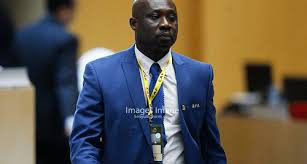 The bankroller of Okyeman Planners, George Afriyie is set to launch his manifesto ahead of the upcoming GFA elections.

The event is scheduled to take place at the Eusbett Hotel in Sunyani at 12 noon.

The Former Ghana Football Association vice president is considered as one of the top favourites to win the elections which will be held on October 25.

Other names on the list are Amanda Clinton, George Ankomah Mensah and Nana Yaw Amponsag.