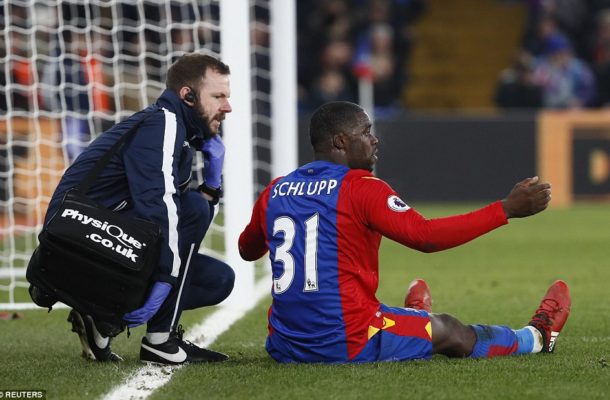 Ghana defender Jeffrey Schlupp picked up an injury in Crystal Palace’s 2-1 win over Southampton in the EPL on Tuesday.

Schlupp was named in the starting XI but was replaced in the 64th minute by Bakary Sako after struggling to shake off a knock he picked up during the game.

It is unclear how long the Ghanaian will be out for but initial reports suggest the injury is nothing too serious.

Crystal Palace produced a gutsy second-half display to over turn a 1-0 deficit to win the game.

Goals from McArthur and Luka Milivojevic cancelled out Shane Long’s strike in the first half.

Roy Hodgson’s men have lost just once in 11 games and now sit 14th in the Premier League.