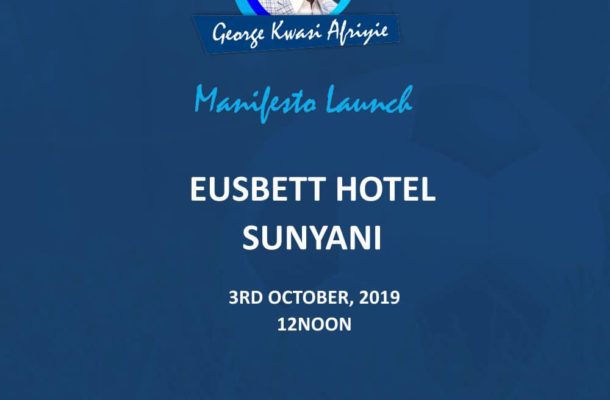 Presidential aspirant in the upcoming Ghana Football Association elections Mr George Afriyie has slated  Friday October 3rd for the launch of his manifesto and campiagn for the October 25 contest in Sunyani.

The Former GFA Vice President has chosen the Eusbett Hotel in the Bring Ahafo capital to host the august event, which will officially kick start his quest for the important seat.

He becomes the second among the aspirant to announce his manifesto launch after Kurt Okraku whose launch comes off on Tuesday 23rd September.

The event, which will begin at 12:00 pm ,will offer electorates a fair idea of what the man tipped as one of the favourites wants to bring to the fore, as far as reorganisation of football business in the country is concerned. 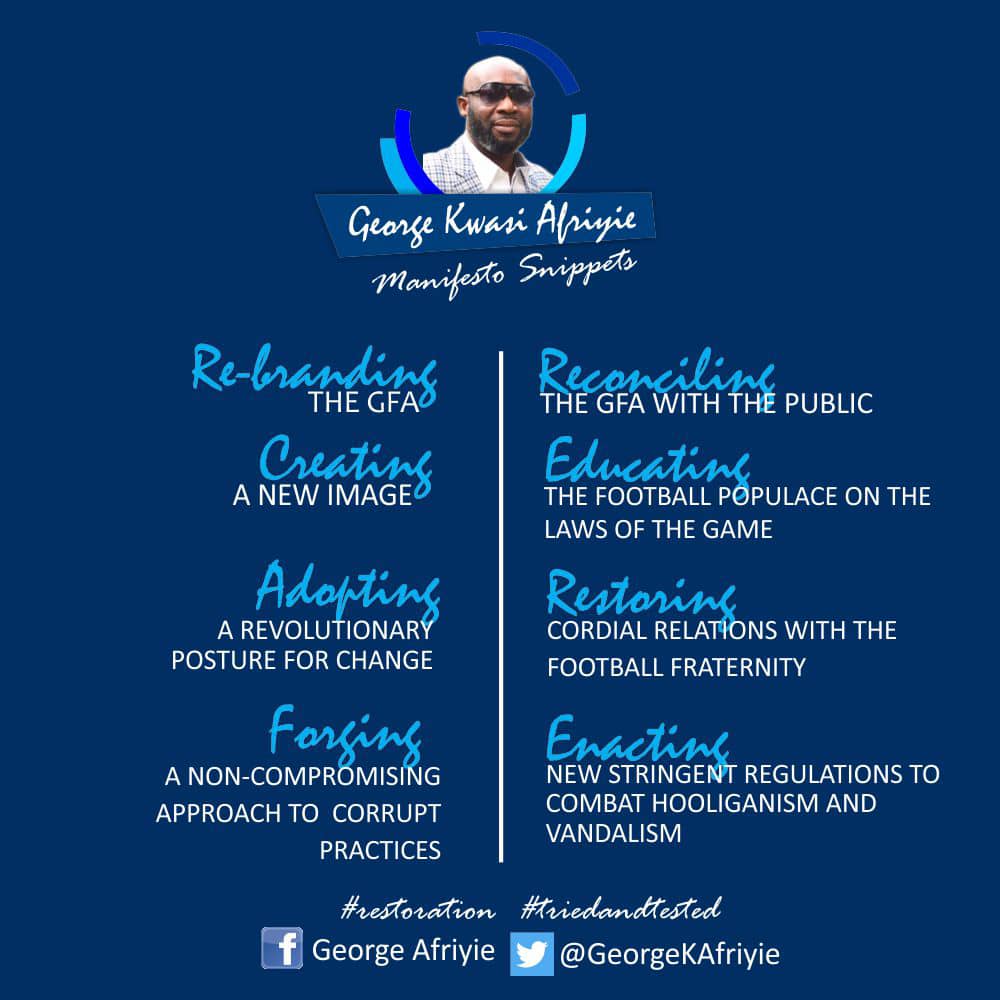 Afriyie, has outlined eight critical areas that his administration will work around.
The bankroller of Okyeman Planners is bent on re-branding the association that has been dented with a bad image following the revelations of the Anas Expose.
Mr. Afriyie wants to also reconcile the public with the Association, a part of his plans to re-brand the association.