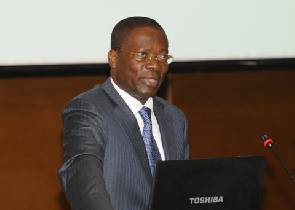 The Ghana National Gas Company (Ghana Gas) has initiated a process to facilitate the switch from the bulk road haulage of liquefied petroleum gas (LPG) to marine transport. Under the initiative, a vessel will shuttle between a Ghana Gas jetty to be constructed at Domule, the tank farm at Bonyire, and the ports of Takoradi and Tema for onward distribution to inland parts of the country.

The move is expected to reduce the large number of LPG haulage trucks on the road, which comes with various risks in the distribution of the product from Atuabo to other parts of the country.

Safety on the roads

Speaking to the Daily Graphic, the Chief Executive Officer of Ghana Gas, Dr George Sipa-Adja Yankey, said the haulage of tonnes of LPG over several hundreds of kilometres through communities was not the best.

“But with a jetty, vessels could lift to Tema or Takoradi and to other West African countries to ensure that the product got to the end users along the logistics and supply chain safely,” he said.

He said the switch would also enable the company to access the West African market through marine transport with the LPG export, to Togo, Benin, Liberia and Nigeria, among other places.

Dr Yankey said $13 million had been spent on the design and procurement process for other sources of  funding.

He explained that after the successful completion of the first phase of the processing plant, with the capacity of 150 million standard cubic feet of gas daily and associated LPG, there was the need to ensure a safe mode of transportation.

He explained that it was as a result of that that the second phase of the Ghana Gas project included the expansion and construction of a natural gas liquid export system at Bonyere in the Jomoro District in the Western Region, with the extension of auxiliary pipelines from Atuabo to Bonyere.

At Bonyere, he said there would be a tank farm for the storage of the LPG which would be linked to the jetty on the coast of Domule for onward transportation of the gas using vessels.

Dr Yankey said with the current national annual demand of a little over 240,000 tonnes of LPG, it was important to put in place the needed infrastructure to ensure that other West African countries could import LPG from Ghana, after satisfying domestic needs.

Dr Yankey said the country was likely to discover more gas and the LPG, which is one of the byproducts, could go beyond the national requirement and trigger export to its neighbours, hence, the need for the infrastructure now.