“Ghana is moving forward in the right direction” - Finance Minister 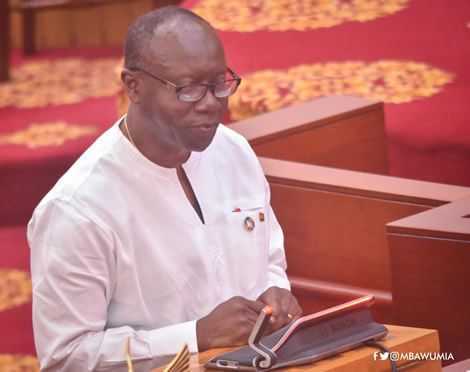 Delivering the 2019 budget statement on Thursday, November 15, 2018 to Parliament under the theme “A Stronger Economy, More Jobs And Prosperity”, the Finance Minister notes that under the 2-year rule of the current Akufo-Addo administration, the government has taken tough decisions to transform the economy.

Though admitting that the hardships confronting Ghanaians have not been entirely resolved, Mr. Ken Ofori-Atta however told the legislative house that the government has since assuming power put transformative measures in place to ease the economic burdens on Ghanaians.

He cited some social interventions by the Akufo-Addo led government saying “a change from micro-economic instability to macro stability. A change from the rising debt to GDP ratio to a declining debt to GDP ratio. Changing from a weak banking system to a strong well-capitalized and better supervised banking system. A change from taxation that undermines production . . . A change from the manual process of clearing goods and its attendant corruption to a paperless process. A change to bring about reduction in electricity tariffs; a change from ‘dumsor’ to reliable power. A change in the access to and cost of education to social justice will be introduction of free Senior High School education leaving, Mr. Speaker, no one behind . . . ”