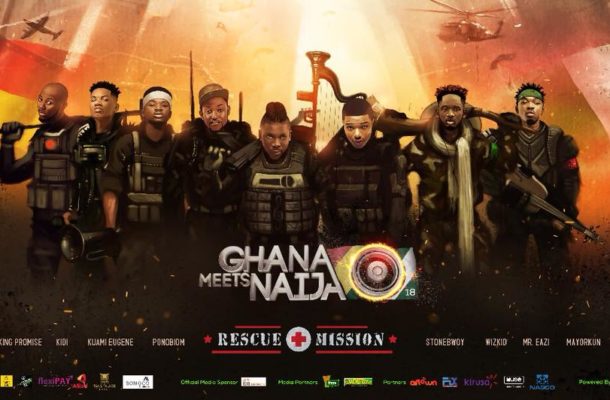 The call for a bigger event for the annual Ghana Meets Naija concert has been heeded to by the organisers, Empire Ghana, as this year’s concert makes its debut at the facility located at the International Trade Fair, La.

Over 5000 people are expected to attend the event, which has constantly proven a sought-after platform for the West African nations to play out the musical sibling rivalry that exists between them.

It is therefore no wonder that, soon after the launch, rapper Yaa Pono, who is billed to represent the Ghana side of matters, has started the ceremonial “big talk”.

Dubbed the “Rescue Mission”, this year’s event will also witness  performances from Stonebwoy, who is famed for his outstanding live gigs, KiDi, Kuami Eugene, King Promise, Patapaa, and Fancy Gadam. Nigeria will be represented by Wizkid, Mayorkun, and Mr. Eazi. More acts are expected to join the roster soon.

Usually overbooked, the concert, widely deemed the biggest West African show, has previously been mounted by A- Listers as Shatta Wale, Sarkodie, Falz, Tiwa Savage, Davido, Naeto C, R2Bees and a host of others.

Patrons can buy tickets at LIVE FM and Starr FM on the Ring Road and also via the Flexipay App.

The 2018 Ghana Meets Naija concert is powered by Empire Ghana.