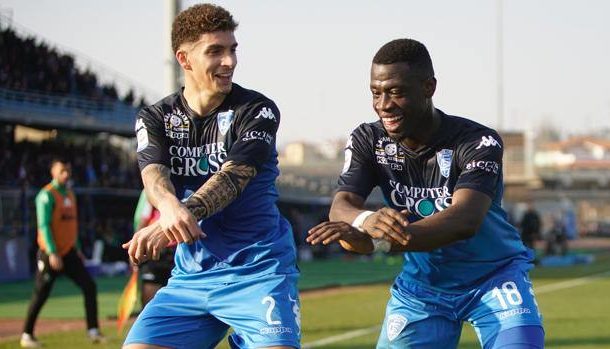 Ghanaian midfielder Afriyie Acquah was on target for Empoli as they beat Alfred Duncan’s Sassuolo 3-0 in the Italian Serie A on Sunday.

Rade Krunic opened the scoring for the hosts in the 34th minute before Acquah doubled their lead three minutes later.

That strike was his first League goal in the Empoli shirt and second goal of the season.

The 27 year old had not scored in the league since February last year, when he was on the books of Torino.

Diego Farias put the result beyond doubt on the hour mark to ensure The Blues recorded all three points.

The victory takes Empoli three points above the relegation zone.