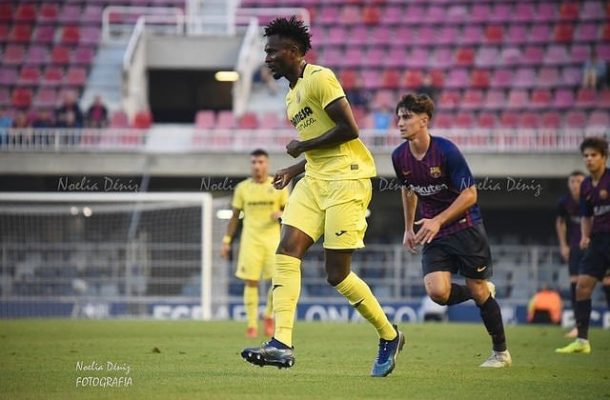 Ghanaian midfielder Emmanuel Lomotey is expected to return to full fitness in January for Spanish side Villarreal.

The midfielder has been on the sidelines for some time now after picking up a muscle injury in September with the Villarreal B side.

Ahead of the final round of games in the Segunda division against Valencia, the club confirmed the Ghanaian's absence.

"Ghana midfielder Emmanuel Lomotey will be the one to later recover from his muscle injury. Possibly by the middle or end of January 2019 it will be available again," a statement read.

The 20-year-old previously played for Extramadura, helping the side to the second-tier league after beating Cartegena in the Segunda B Division playoff final.

Lomotey was part of the Black Stars B team that won the WAFU Cup of Nations in Ghana last year, playing key role for the triumphant team.