Ghana should be ashamed of position on corruption rankings - Emile Short 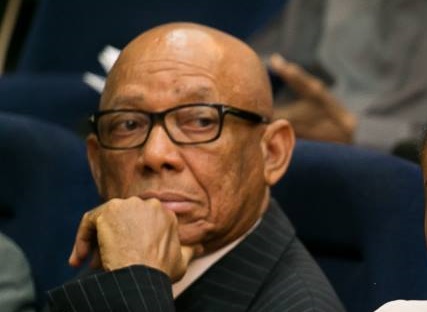 The 2018 world corruption index ranked Ghana the 78th least corrupt country out of 180 and whilst some would think this is a cause for celebration, a former commissioner of the Commission on Human Rights and Administrative Justice (CHRAJ) believes there is nothing to celebrate.

According to Justice Emile Short, Ghana’s position is rather a cause for concern.

“It is cause for concern that we are 78 and it is true that there are many other countries who we are better than, but we must set high standards, we must not set mediocre standards for this country,” he said in an interview with Rev Kwabena Opuni Frimpong on ‘What is Next?’.

Nine African countries including Botswana and Rwanda were ranked ahead of Ghana.

Emile Short wasn’t thrilled with Ghana sharing the 78th position with Burkina Faso as he says Ghana’s democracy is far more advanced than our neighbour’s.

He, however, added that the level of corruption in the country is responsible for Ghana’s poor ranking.

He said political parties bribing voters with both money and goods when campaigning for office is one corrupt practice hurting the country.

“The primaries which have been held recently by both parties, it is public knowledge who are vying for political office have to bribe the delegates. So the highest bidder sort of wins and the highest bidder may not be the most competent person,” he cited.

He further noted that the failure of the leadership of political parties to condemn these acts encourages perpetrators to continue.

Justice Short added that politicians funding their own campaign also breeds corruption as they find ways of recovering what they spent on the elections and even more after winning elections.

He called for the consideration of public funding of political parties to end the alarming rate of political corruption in the country.