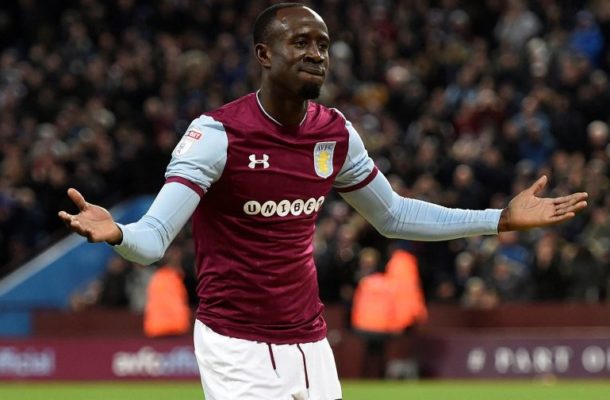 Ghana winger Albert Adomah is expected to make an injury return when Aston Villa host Leeds United in the English Championship on Sunday.

Adomah has been out of action since picking up an injury in a 4-2 win over Birmingham City on November 25.

He resumed training last week but not early enough to make the team for Saturday's 2-2 draw with Stoke City.

Villa boss Dean Smith also confirmed as many as five players of his players are returning to fitness.

He said: “From where we have been, light on numbers, hopefully next week will give us food for thought.

“We had seven injuries for Saturday’s game, Grealish included.

“I’m hoping for Leeds United that Bjarnason, Lansbury and Jedinak will be back.

“Albert should be back, too. When you’ve got players of that quality out it will affect the levels of training as well.”