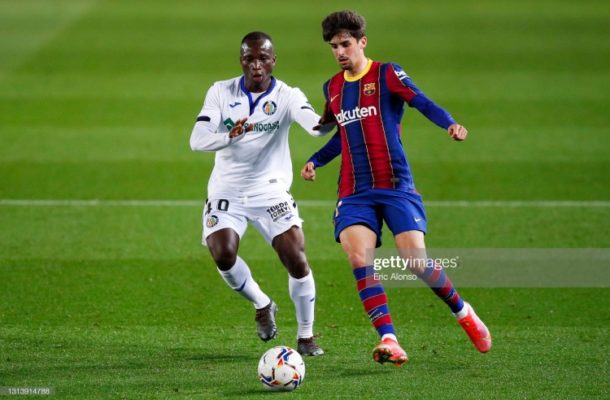 Ghanaian defender Emmanuel Amankwaa Akurugu aka Koffi made his debut for La Liga side Getafe in their heavy away loss to Spanish giants Barcelona on Thursday night.

The Blaugrana handed Getafe a heavy 5-2 defeat at the Camp Nou in their Spanish La Liga game.

Akurugu who has been impressive for the junior ranks of Getafe made the match day squad in their epic clash against Barcelona.

He was rewarded for his good form for the Getafe B with a place on the substitute's bench while his compatriot Sabit Abdulai also made his second appearance in the Spanish La Liga.

Amankwaa Akurugu came on as replacement for Marc Cucurella who had a tough night in the 46th minute of the game.

The 19 year old gave a good account of himself despite his side been smashed by 5-2.

He has been training with the senior team since February although he normally plays for the team B.